Taking to the skies once again. This time business met with pleasure as I made my way to Kansas City for a leadership conference of The Association of Fundraising Professionals and then on to my Alma Mater, Washburn University and their 150th Anniversary.  I had only flown Southwest Airlines once prior to this trip, but oh how fun and entertaining. (More on that later). My colleagues and I arrived into Kansas City and we checked in to the the lovely Downtown Marriott. It’s Muelbach Tower awaited us with a rich history.  Manager Barney Allis took over the hotel in 1931, and during his lengthy tenure, the hotel welcomed celebrities including Helen Keller, Ernest Hemingway, Babe Ruth, Frank Sinatra, Bob Hope, Elvis Presley, and The Beatles. The hotel also hosted Presidents including Theodore Roosevelt, Woodrow Wilson, Calvin Coolidge and Herbert Hoover. Missouri-native Harry S. Truman stayed in the hotel’s Presidential Suite so frequently that the Muehlebach became known as White House West. Downtown Kansas City is a beautiful place and area fountains were blue in celebration of a successful Royals post season and World Series run.  Thursday and Friday offered great conference sessions where I made new friends and learned new strategies to set a course for our local AFP chapter in the New Year.  Friday afternoon, I was excited to be voted the representative to the international board of directors in the year to come. The evening would then open up to the excitement of the Kansas City Royals looking to clinch the American League pennant in their home city.  Friends from college, colleagues from AFP and I made our way to the action. We found a great table where the food and drinks satisfied our palate and it was “Game On.”  Royals struck first and while it was touch and go, the Royals would not disappoint a frothy fan base. We made our way to the “Power and Light” District where fans were crazy with winning fever!  It was incredible to be part of the action and it brought back memories of the Royals winning the World Series in 1985 over the St. Louis Cardinals. It is funny how that tied in to the next leg of my journey but not before the closing speaker, Carol Hallquist, President of the Hallmark Foundation gave a mind opening presentation cleverly using Hallmark cards to present “10 Things I’ve Learned in 30 Years.”   After her speech, it was on to Topeka, Capitol of Kansas for all you curious history buffs. 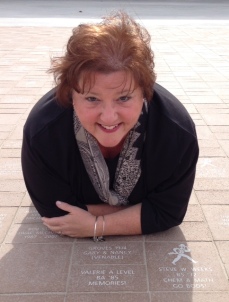 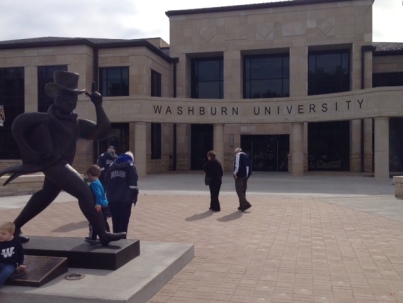 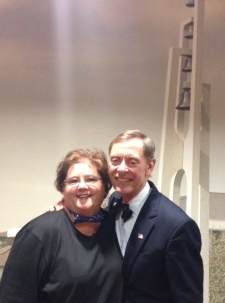 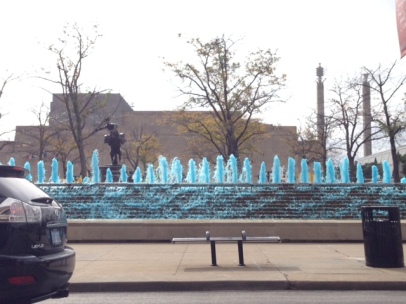 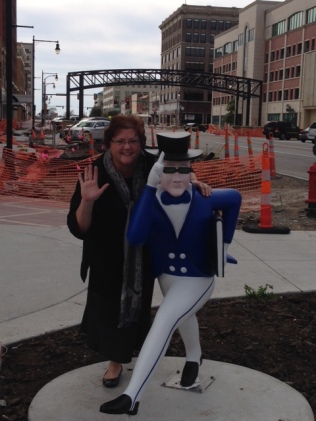 My alma mater, Washburn University” was celebrating its 150th anniversary. (No not my 150th reunion).  And wow, what fun!  Homecoming weekend would culminate in a parade, grand unveiling of the new welcome center, football game and the Bow Tie Bash!  Most people have never heard of Washburn University, home of the fighting Icabods!  What is an Icabod you ask?  Well 150 years ago, Thompson College was founded and renamed Washburn after a generous benefactor Icabod Washburn who gave a $25,000 gift in order to grow the college and open its doors to women and African Americans. Washburn was certainly a man before his time.  Home to around 8,000 students, Washburn offers a variety of majors and is home to a law school where people like newsman Bill Kurtis and politician Bob Dole graduated. The campus has seen an amazing facelift in the 30 years since I graduated. New union, housing, stadium, remodeled buildings and the crown jewel in their new Morgan Hall welcome center. The Kansas Bureau of Investigation also has a new 95,000 square foot, state-of-the-art facility on campus where forensic students can engage and learn from the best of reality CSI.  The Bow Tie Bash was a well attended affair and there was music, food, and fun!  The president of Washburn, Dr. Farley, is…well an unassuming rockstar!  He mixes and mingles with everyone, from students to major donors to the college. He is engaging, fun and has done a great job to elevate Washburn both in and out of the city. His trademark is his bow tie…as seen in the picture with the man, the legend, the rockstar!  Thanks President Farley!  There are so many wonderful memories of Washburn and the years I spent there. Ask and I will tell. In addition to having a first “real” boyfriend, losing a friend in a freak accident, attending sporting events, learning the constellations in my favorite teacher’s class (thanks Dr. Parnell…I still remember them and often look to the skies and think back to your class), making my first “D” ever in school (really didn’t like economics), it was there I learned about philanthropy.  From my anthropology class and doing a project feeding the homeless to working at United Way. That would set my course on a journey filled with so much for which I am grateful. Yes and that would lead me to annual gifts and a planned gift for my beloved Washburn. Join me and remember your school and all it gave you and maybe still gives you. Go to a reunion, a celebration, buy a brick, make an annual gift, put them in your estate plan, connect with an old professor to say thank you, call a classmate you haven’t talked with in years. It is amazing how fast the years evaporate and memories flood your mind. As the memory booked closed on the weekend, I made plans to head home but not before staying with our family friend Doug. Doug, his wife and my mom were all in the PTA when their kids and my siblings and I were in school. I babysat for his son and it was Doug who made my sister Meredith and my birthday by paying for our lunch when we were teenagers. Well, he hasn’t changed. Still the funny, generous and outspoken man I’ve always known.   He took me to dinner…not just anyplace mind you. We went to the fried chicken (yes FRIED) Mecca in Leawood called “RC’s.” My mouth watered as I watched sumptuous treats pass us by. Finally our plates arrived and they were adorned with fried chicken, mashed potatoes and green beans. Wow, what a treat. And yes, every Midwest meal should be complete with cobbler.  Not just any cobbler…blackberry cobbler with a big scoop of vanilla ice cream.  Then, as the former Dean Foods guru says “Val, put two small coffee creamers on top to make it perfect.”  Bring on two spoons.  Thanks Doug!  The trip came to a humorous close on Southwest.  If you ever fly the KC to Dallas or Dallas to New Orleans trek, look and listen for John Booker.  He is the funniest flight attendant ever! He had us all laughing with tears rolling into the aisle. On the trek from Dallas to Orlando, I boarded the plane.  Much to my surprise there was a seat on the FRONT row between two gentlemen.  Their wives were in the seats on the other side of the aisle.  My fascination and excitement of sitting in the FRONT row was evident as I plopped myself right down…I’ve never flown first class before and Southwest doesn’t have such things…so I seized the opportunity to have a window seat on THE FRONT ROW!!!  Yipee, oh happy day.  That also meant one of the first off the plane. Sweet!  I look forward to my next Southwest flight unless Delta reinstates that Skymall Magazine!  Thanks to all my colleagues, friends and flight attendants who made this a wonderful trip which is a fabulous tapestry woven together with memories of the past and those to come.

My Husband Frank and Me

Capturing the seemingly insignificant happenings in life that hide among our daily to-do lists and busy schedules then reappear as delightful moments: to teach, to remember, to enlighten, to engage.